Survive and thrive among those infected

Dying Light 2 Stay Human is a great open-world game filled with systems and challenges that aren’t always very well explained. It’s the type of game where it’s pretty easy to overlook things and get off to a less than optimal start if you’re not informed, but luckily we’re here to make sure you have a good time. Get insights into the day/night cycle, skills to grab, leveling blueprints, and more! Grab your UV flashlight and let’s dive in… 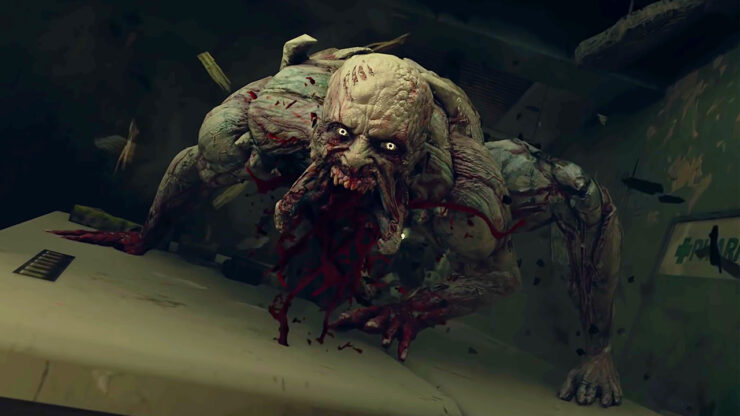 Don’t be afraid of the dark

Like its predecessor, Dying Light 2 features a day/night system, where the streets are significantly less crowded with the undead during the day. This may cause some new players to avoid exploring at night, but you’re actually hindering your progress quite significantly if you do. As the streets fill with infected at night, the various dark areas and other places where they hide during the day empty out, and this is where you’ll find the vast majority of the game’s best rewards. There’s also nice little Combat and Parkour XP bonuses for doing things at night.

And really, there’s not so much to be afraid of the dark – as long as you stay on the rooftops and away from the Howlers who will alert the hordes to your presence (these are marked with an icon, which makes them easy to avoid) it will be fine. You should be aware of your immunity dropping at night, but as long as you keep some UV mushrooms and immunity boosters on hand, it’s not a big deal. Basically, if you feel like you’re progressing too slowly and never have enough resources, chances are you’re not going out enough at night.

Although you can level up your character by collecting XP and unlocking new skills, Inhibitors are almost as important. These collectibles can be found in special crates and are the only way to improve your health, stamina, and immunity. The game beeps and gives you a little radar when you are near a crate of Inhibitors. They are therefore usually not too difficult to find and are almost always worth pursuing. Oh, and in classic Breath of the Wild style, it’s best to focus on upgrading your stamina before your health (I usually bought two stamina upgrades for each health). 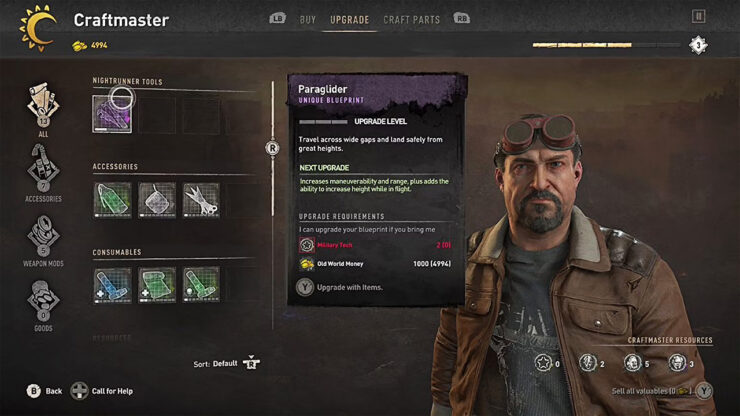 Save your money for Craftmasters

Along with XP and Inhibitors, Dying Light 2 also rewards you with old-school cash. There are a wide range of merchants available to spend this money on, but you’ll want to save most of it for Craftmasters. You can’t repair weapons once they’re broken in Dying Light 2, so spending money on them is ultimately a waste, and you can get decent gear just by exploring. Craftmasters, on the other hand, can upgrade your tools like the Paraglider and Grapple and will sell you blueprints so you can craft consumables and weapon mods. Each of these Blueprints can be upgraded multiple times, which makes Craftmasters arguably as important as unlocking skills and finding Inhibitors when it comes to boosting your abilities. Oh, and applying mods is the only way to extend weapon durability, so if you’ve found something you really like, the Craftmaster is the key to keeping it around longer.

Dying Light 2 is full of side missions, collectibles, and other pursuits to pursue, but the first thing you’ll probably want to do once you’ve gotten some freedom is to unlock Windmills and Stations. Metro. Activating a Windmill is a simple matter of climbing to the top and flipping a switch, and provides you with an outpost where you can evade the infected, sleep, store items, and maybe go shopping. Subway stations need to be cleared of enemies at night to activate, but once you do, you get a handy fast travel point. The combination of Windmills and Subway Stations makes it much easier to navigate the map, especially at night, allowing you to focus on more lucrative pursuits rather than commuting. 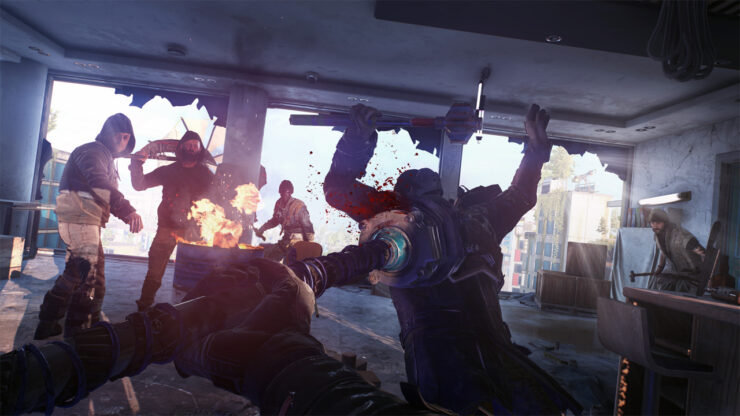 Focus on those skill upgrades

Dying Light 2 has reduced its skill trees somewhat, so there are now just two – one focused on combat and the other on parkour. That said, there are still enough options contained in both to be a little intimidated. Fortunately, the trees are designed in such a way that you have quite a bit of freedom to choose what you want. Here are some improvements you should focus on early…

Along with the survivors

Dying Light 2 lets you assign regions to Peacekeeper or Survivor factions, which will cause changes to the map. While you should feel free to go with your heart, the fact is that Survivors install much better upgrades than Peacekeepers. While Peacekeepers set up various defenses against the infected (of sometimes questionable utility), Survivors give you ziplines and other upgrades that make Parkour easier. In terms of utility, one side is obviously better than the other.

And There you go. A few tips that should make surviving Techland’s horror-parkour playground a little easier. Feel free to share your own tips below while playing in the game! Dying Light 2 Stay Human is available now on PC, Xbox One, Xbox Series X/S, PS4 and PS5. You can check out Wccftech’s full review of the game here.