Need a Fantasy Tower Guide to launch as the new Wanderer landing on Aida? This new open-world RPG game looks pretty, has a sleek, action-focused combat system, and countless menus. If you’re not careful, it can be easy to not know where to start.

These six Tower of Fantasy tips are designed to get your head in the right frame of mind, but also to keep you from getting distracted and missing out on the full range of features this game has to offer. As a game with more action-oriented combat than most, there are few things you should keep in mind when taking on Aida’s biggest and baddest. Let’s take a look at the top six things you need to know before you start.

Don’t get distracted, follow the story to unlock features

Tower of Fantasy begins on a relatively small island in the corner of the map called Astra, where you’ll operate from the Astra Vault. The game will unlock new features and aspects over time, so don’t worry too much about exploring this island just yet. Instead, focus on the bulk of the initial storyline, though between key story beats where you travel to a new location, like the first Omnium Tower of the Battle Tournament, you can take a bit time to experiment and wander around. Getting to Hykros quickly is a must, as you get your first of many Tower of Fantasy vehicles then.

Even at level 25 in Wanderer, you’re still unlocking new gameplay features, so don’t rush trying to figure it all out or go wandering around collecting materials. A minimal amount of snooping around should yield enough material to get you through to the end of the introductory segment, where you’re tasked with going into the larger world of Aida. From this point the game really opens up and you can then take your time exploring every nook and cranny.

Make sure you understand leveling because it’s confusing

If you haven’t read our guide on how to level up in Tower of Fantasy, we suggest you give it a look. Leveling in this game requires you to follow a number of aspects. Your HP alone is a cumulative number based on the weapons you have equipped plus your suppressor level, and there are more aspects that fuel HP as you unlock more features. Weapon matrices unlock at level 20, while character gear unlocks at level 25.

The ability to take three weapons in battle means that there are three separate things you need to level up to take on powerful opponents. If you don’t keep your weapons in top condition, you won’t be able to take down hero bosses and fortress bosses. Consider having your weapon level around double your Wanderer level and be sure to upgrade your Supressor as soon as you can, while waiting for materials. 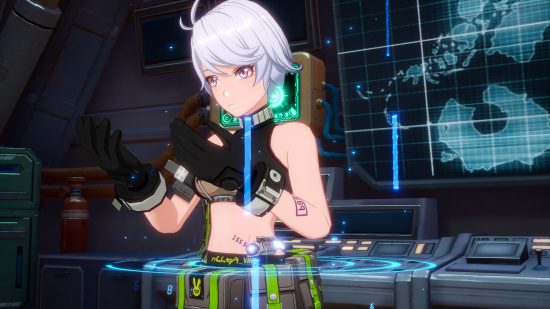 Tower of Fantasy has a powerful character customization tool that lets you recreate almost anyone’s appearance, even the faces of rival Genshin Impact. In the pre-login menu, you can use the creator to create whatever skins you want, either for yourself or to share with the world. Players can download other skins using import codes, saving you from having to create Naruto yourself from scratch.

When you start Tower of Fantasy for real, you must choose a male or female avatar using a default skin. Soon after, you have the opportunity to properly customize your character. If you’ve spent time creating or importing skins beforehand, you can choose one, otherwise it’s another chance to use the full power of the creator.

You can take as long as you want, but be aware that this is the only “free” customization window we know of at this time. After that, the customization area is once again accessible via an in-game menu, but you’ll be charged at least 100 Black Crystals per session for any changes you make, so think carefully about your outfit. 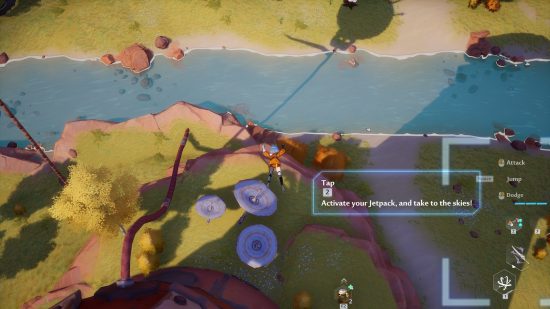 Don’t play like Genshin Impact because you will die, repeatedly

If you’ve never played Genshin Impact then this tip won’t mean much to you, but for the likely legions of Genshin fans looking to try something that is very obviously a competitor, we have a tip – do not play Tower of Fantasy like Genshin Impact.

For starters, you’ll keep double jumping and then falling to your death repeatedly forgetting that there are no deployable wings on the second tap. Eventually, when you get the jetpack, you might remember to press 2 instead. But there’s a lot more to consider, like the fact that Tower of Fantasy characters and their weapons are basically the same thing, that you can equip three weapons at once, and combat in general is very different, as you see in the next section. It’s arguably a lot more fun than in Genshin, but that’s not really the point – you need to forget about Teyvat in order to get the most out of things. Speaking of fighting… 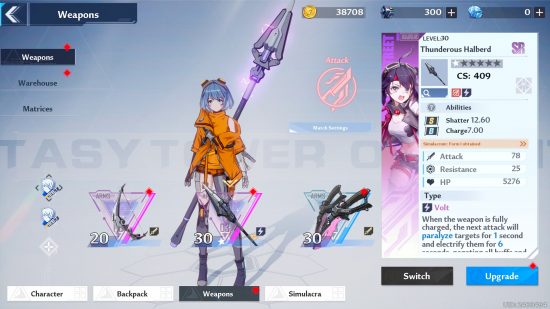 Dodging and shield breaking are kings in combat

Focusing on combat specifically for our last tip, there’s a bit more to master here than with other games. There’s a lot more movement – dodging left and right, jumping, shooting at an airborne enemy, tossing an airborne enemy and then jumping for aerial play…as we mentioned before, it’s great fun, and easily the best feature in the game.

Getting a perfect dodge is key, as it will activate a slow-motion field that slows down enemy attacks and instantly maxes out your weapon discharge counters, allowing you to land plenty of hits. On top of that, most powerful enemies will have a shield that you’ll need to break before you can start doing serious damage. You will need at least one equipped weapon with a high burst value, which you will need to use until the shield is broken. The first SR weapon you get for free from the storyline – Echo’s Thunderous Halberd – is a shield breaker and will serve you well until you can shoot something better. 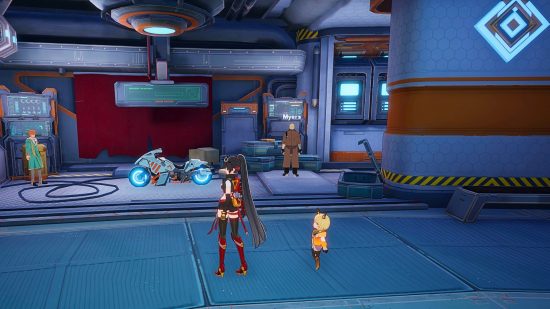 There are many quality of life features, so learn them

Tower of Fantasy developers have had plenty of time to study the competition and find ways to make a player’s journey through Aida as comfortable as possible. There are many quality of life features in Tower of Fantasy, so be sure to use them, for example: